In this final part of the series I will talk about the (in)famous TriVista tube buffer and why you should bypass it.

What! I hear you say. Bypass the tube buffer? But the tubes are the reason for Trivista 21’s existence, right? I thought so too. Let me take you through the effort and expenditure I took to reach that conclusion. Let’s talk circuits. In the DAC section above we already discovered the output from the third op amp in the filter circuit is ready for output to the preamp. But instead of being made available at the back panel this signal goes through a unity gain buffer that contains the 5703 triodes. The 5703 triodes are not wired as traditional (and good sounding) cathode followers. Instead each channel has a pair of 5703 which form a long tailed pair in a discrete op amp configuration that also includes 7 bipolar transistors. Below are the improvements I made:

a) Matching the input valves: Performance of any long tailed pair hinges on perfect matching of the input devices so I purchased twenty JAN NOS 5703 and hand matched 2 pairs using an AVO valve tester. I did find the original valves were not matched.

b) Matching the NPN and PNP transistors in the second stage and output stage: originals were not matched at all.

Despite all this effort at a formal A/B test with and without the valve buffer all the Society members preferred the bypassed output with its much better transparency, communication of musical performance and far greater width and depth. I would like to try the tubes in a better circuit configuration in future and for now it was decided to permanently bypass the tube stage and disconnect the HT transformer to further reduce noise. 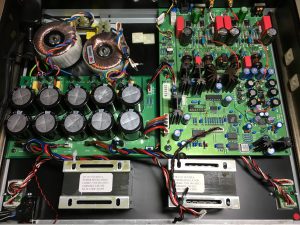 Conclusion
After formal A/B comparison in a reference system we have determined that the re-engineered Trivista 21 is fully competitive with current DACs from Chord, Naim, Merging, Lumin. The secret is to correct the mistakes and use the correct (not just expensive) components. One last problem: now that the tube stage is disconnected do we still call it a Trivista? 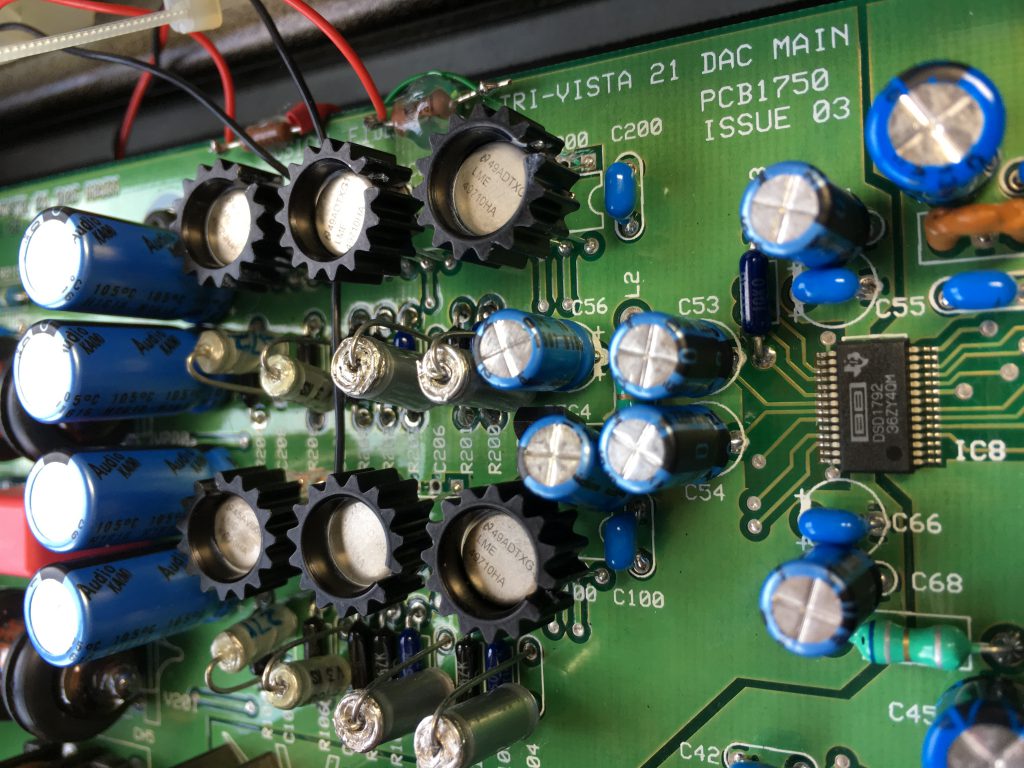